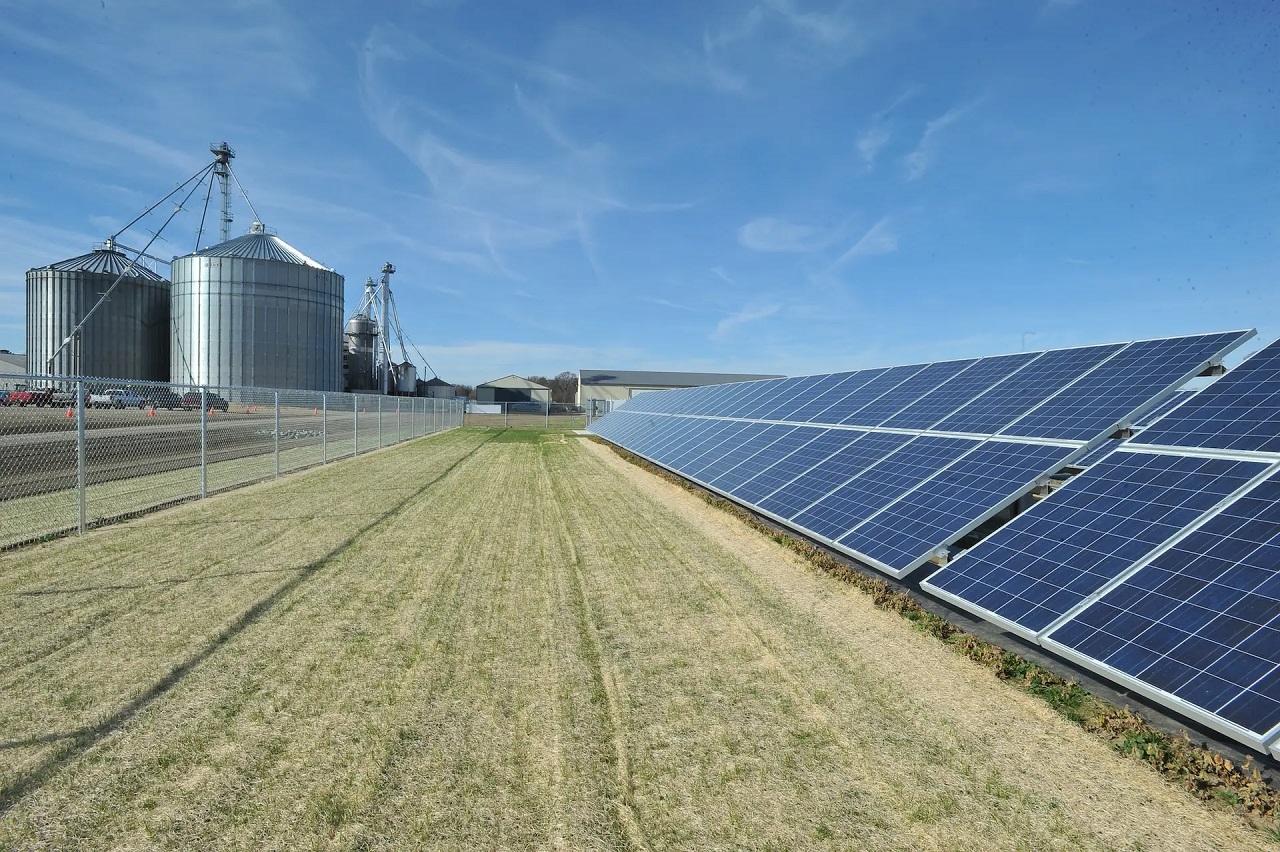 Agriculture is one of the main sectors in the economic activity of our country. The energy supply of mobile agricultural machinery is based on petroleum fuel, so it depends on fossil fuel extraction. The issue of resource conservation for the country is urgent. However, the average annual solar intensity of the southern regions, calculated by satellite, is at the level of 3.7 … 4.8 GJ/m2, which can be used to solve this problem. To solve this problem it is necessary to create an effective technique that uses electric energy to do the work.

Energy sources are divided into conventional and renewable sources. Conventional energy sources such as coal, oil and natural gas are made up of organic matter and are fossil fuels, which have limited reserves and take thousands of years to regenerate.

The benefits of solar energy

There are many advantages that solar energy has over traditional sources such as coal and oil. Not only is it renewable, but it does not destroy the environment. Here are some of the benefits of using solar energy:

Solar energy is a renewable energy source because it can be used to produce electricity as long as the sun is there. As long as the sun is shining, life continues on the planet, which means that this source is constant. This energy can be harnessed by installing solar panels, which will reduce the rate of resource consumption in the southern regions to produce electricity. This makes solar energy attractive in many countries around the world. Although solar energy cannot be produced on night and cloudy days, it can be used over and over again during the day and stored for use at night.

Solar energy is an alternative to fossil fuels because it is a clean, reliable and renewable energy source. It does not pollute the air with harmful gases such as carbon dioxide, nitrogen oxide or sulfur oxide, reducing the risk of environmental damage. Solar energy also has no harmful waste in the production of electricity and thus avoids the problem of disposal.

One important feature for Southern Europe is that it keeps utility bills to a minimum. You can do this by installing solar panels in your home and solar energy eliminates the cost of energy-intensive activities such as heating, water, lighting, etc. in the summer.

Solar panels are easy to install and require no wires, cords or separate power sources. Unlike wind and geothermal power plants, which require a lot of excavation work, solar panels require none and can be installed on rooftops and no special designated areas are required, and each home or business user can get their own electricity. In addition, they can be distributed directly to the area where the energy is consumed, reducing transmission losses from high-capacity installations.

Despite the high cost of a solar panel installation, they are low maintenance, and their long service life allows them to enjoy the benefits for many years with low maintenance costs. If you need to increase the power received, it is enough to add more panels, which is much easier than with other energy sources. In addition, solar panels do not create noise or emit toxic substances.

Solar energy can be especially relevant in areas that do not have access to centralized power. It is great to use in remote areas where laying power lines would be difficult and expensive.

Not all of the sunlight that reaches the PV cell is converted into electricity. In fact, much of it is lost. Many factors in solar cell design play a role in limiting the ability to convert sunlight.

The sunlight that reaches the Earth’s surface has wavelengths from ultraviolet, through the visible range, to infrared. When light hits the surface of a solar cell, some photons are reflected and others pass through. Some of the absorbed photons turn the energy into heat. Only some of the photon energy is involved in separating electrons from atomic bonds to form charge carriers and electric current.

Reducing the fraction of reflected light increases the efficiency of the solar panel. For example, untreated silicon reflects more than 30% of incident light. Anti-reflective coatings and textured surfaces help reduce the reflection of incident light. Such a surface will appear blue or black.

Researchers measure the efficiency of a photovoltaic (PV) device to predict the power the cell will produce. The current to voltage ratio of the cell determines the electrical characteristics of PV devices. If a certain load resistance is connected to the two terminals of a cell or module, the current and voltage will be regulated according to Ohm’s law. Efficiency is achieved by exposing the cell to a constant level of light while maintaining a constant cell temperature and measuring the current and voltage produced by the different load resistors.

Solar energy and its applications.

Solar energy can be divided into two categories: in the form of heat and light. We use solar energy every day in different ways. When we hang laundry outside to dry in the sun, we use the sun’s heat to dry our things. Plants grow in the presence of sunlight. Animals and people get their food from plants. Fossil fuels are the result of solar energy stored for millions of years.

There are many devices that use solar energy. These appliances are called solar devices or solar thermal collectors. Solar thermal technologies use solar thermal energy to heat water or air for purposes such as space heating, pool heating, and water heating for homes and businesses.

Using solar energy for residential purposes has a number of advantages. Solar energy is used in residential homes to heat water with a solar heater. A photovoltaic panel installed on the roof of the house is used to generate electricity. Batteries store the energy generated during the day during the day. Using solar appliances is one of the best ways to reduce the cost of energy from other sources.

Solar thermal energy is used in offices, warehouses, and industries. Solar power is used to power radio and television stations. It is also used to power lighthouses and signal lights on airfields, etc.

Solar energy can be used to generate electricity and heat in remote locations such as schools, homes, clinics, and buildings where there is no centralized power supply. Water pumps can provide irrigation of crops from solar power in remote areas. Large-scale desalination equipment makes it possible to obtain drinking water in places where fresh water is scarce by using solar energy instead of electricity.

The use of solar energy in agriculture.

Electricity from solar power plants is also in demand for power-driven transport. Mobile power vehicles will also find their application in agricultural production. Samples of electric tractors have already been presented at trade shows by leading tractor companies, who are demonstrating the possibility of introducing electric machines into agricultural production. In the not too distant future, mobile agricultural machinery will be powered by petroleum fuel and by solar energy. For Eritrea, the introduction of electric tractors and farm machinery with electric drive is especially important.

Agriculture is Eritrea’s main economic activity. In addition, in the global context and perspectives of agricultural technology, the demand for energy is increasing rapidly. Agricultural machinery, agricultural buildings and production facilities are constantly improving and their energy demands are increasing. In order to develop the existing promising areas it is very important to solve the problems of energy supply, and the solution to these problems should be sought among clean and efficient energy sources.

The technological potential in our country allows us to consider the use of solar energy as one of the main sources of energy supply in the near future and in the distant future. Solar energy will be used in both domestic and industrial applications, both in urban conditions and in rural fields. For the southern regions the introduction of electric agricultural machines and tractors with electric drive is especially important.