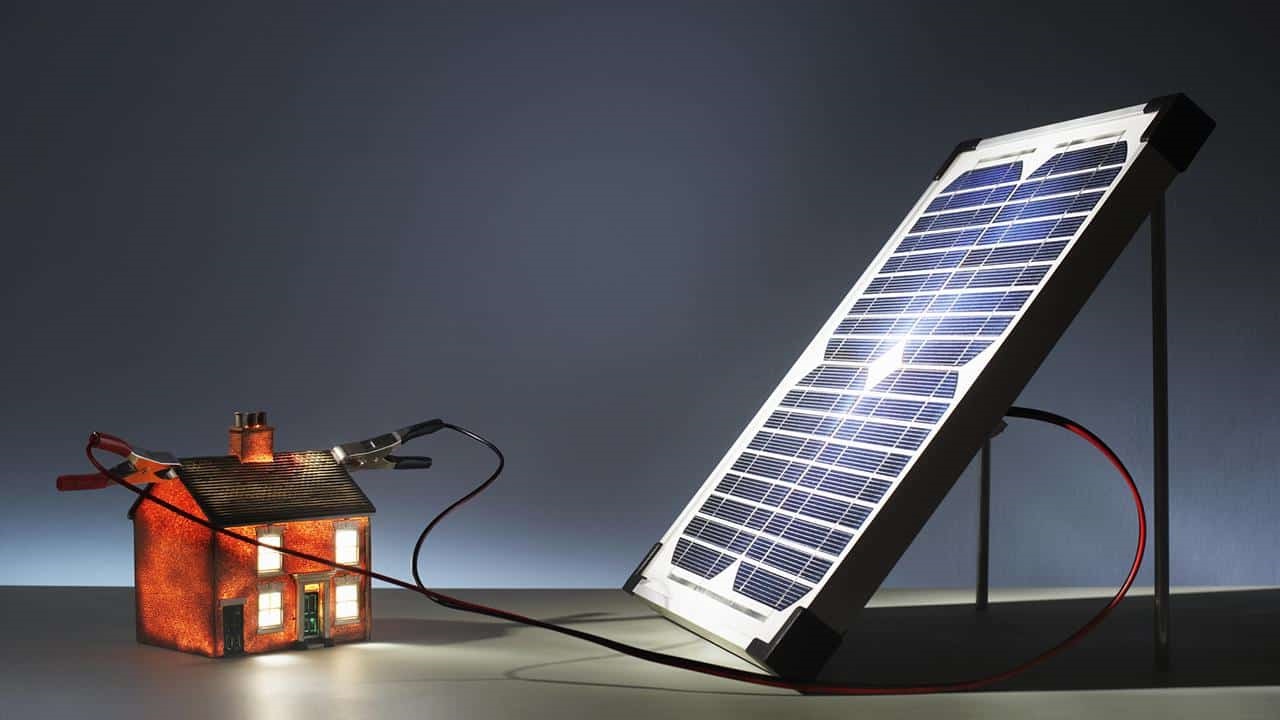 First, a little bit of math: what is the difference between a solar panel and a battery and a station

I have noticed that sometimes people confuse solar panels, batteries and stations. To make the rest of the article easier to read, I’ll tell you what’s what.

A solar panel is a single plate made up of small squares. It provides little electricity and will not charge your laptop by itself.

A solar panel is several panels combined into one. Batteries with large squares have higher power, which means they can power several appliances at once. But for a battery to work, you need to assemble a station.

A solar plant is an entire structure that converts solar radiation into electricity and powers electrical appliances.

What is a solar panel made of and how does it work?

Solar panels are made of silicon. It is originally silica sand: it is refined by heat to make technical silicon. The silicon is then pressed into cubes, which are then cut into wafers about 180 microns thick – no more than the thickness of three human hairs. After that, some boron is applied to one silicon wafer and some phosphorus to the other. The two wafers are connected to each other. The silicon + phosphorus layer produces free electrons and the silicon + boron layer produces missing electrons.

For a solar panel to start generating current, the electrons need to “move around”. In order to do that, they have to travel the distance between the silicon wafers, but they don’t have enough energy to do that. That’s where the sun’s rays come in: when they hit the panel, the electrons have the energy to move around. This gives rise to a current that already powers electrical appliances.

How do you power an appliance from the solar panel?

By itself, the solar panel will not turn on the kettle or recharge your laptop. To make the magic happen, you need to assemble a solar station. Here’s what configuration will be enough to run electrical appliances:

How much electricity can I get from one panel?

It is not possible to answer this question unambiguously. The efficiency of a solar panel depends on several factors:

the location of the panel – less sun on the north side, more sun on the south side;

Cloud cover – if the sky is covered with clouds, the panel will charge slower;

perpendicularity of the rays – if they fall on the panel tangentially, the efficiency of the panel will be lower;

cleanliness of the panel – a layer of dust or a layer of snow prevents the panel from getting the most of the sun’s rays;

ambient temperature – if it is higher than 25 °C, the efficiency of the panel decreases.

In an ideal world, a perfectly clean panel is located on the south side of the slope, the sun rays fall strictly perpendicular, there is not a cloud in the sky, and the ambient temperature does not rise above 20-21 °C. Then a battery of three of the simplest 2m2 panels will produce a maximum of 2500Wh of electricity in an eight-hour day of light. This is enough to boil a kettle about 13 times.

But in reality, the figures will be lower because the panel is covered with dust, the sun’s rays are often scattered by clouds and clouds, and the daylight hours in Europe for most of the year is short. And the panel also heats up in the sun, which also reduces its efficiency.

How quickly does a solar plant’s battery charge?

This depends on the number of panels, the characteristics of the battery and the controller. The more panels in a solar plant and the smaller the battery capacity, the faster it will charge.

In cloudy weather solar panels do not charge at all and do not work?

Clear weather and direct sunlight are not a prerequisite for solar panels to work. When the sky is overcast or even cloudy, the scattered rays continue to reach the panel. But it produces less electricity than when the weather is clear.

Can I use a solar plant in winter?

On the one hand, in winter the efficiency of the batteries decreases: there are fewer sunny days, the days themselves are shorter, and the sun does not rise high enough. Because of this, the rays do not fall on the panels perpendicularly. Also, the panels can be covered with snow – if it is not cleared away, they will not produce current.

But, on the other hand, if there is no snow and the weather is cloudless, the panels can charge the battery pretty quickly. The fact is that they cool well in the winter, and the sunlight is additionally reflected from the snow, which means there is more of it.

Where and how to fix the solar panel?

It is best to install a solar panel on the roof of the house. This way it will not be shadowed by trees, neighboring houses and other objects, and it will receive maximum sunlight.

It is ideal to buy special racks that are equipped with sensors to track the sun and turn the panels following it to collect the maximum rays. This design resembles sunflowers. Such racks are often used on traffic lights that are powered by solar panels.

True, in private homes, racks with tracking sensors are rarely used, because it is quite a bulky construction, which is difficult to mount. In general, it is enough to install the panels on the sunniest slope of the roof – as we already know, this is the south side.

What is cheaper and more convenient: a solar plant or conventional electricity?

The cost of a solar plant depends on how much energy you want to get from it. One thing is to power a surveillance camera or a lantern at the cottage. A station for such tasks will cost about 750$. But to fully provide the house with electricity using the sun at times more expensive – a specific amount is difficult to name, and it will be different for each country. The fact is that the equipment for solar power stations costs differently everywhere. And somewhere it is even cheaper to connect to the main power grid.

Regardless of the country, solar stations are more convenient if you do not have access to the main grid or electricity is constantly cut off due to malfunctions. Batteries give full autonomy, so with them you can cook food on the electric stove and heat water in the boiler for years, even on an island cut off from civilization.

What are non-industrial solar panels used for?

Lately, I often see solar panels being used to run streetlights, speed cameras, and crosswalk lights. You can also put solar panels on the roof of an electric car and drive it without recharging the battery from the mains. If you continue the car theme, you can install a solar panel canopy in the yard of an apartment building and use it to charge electric cars. And solar panels can be used to power low-voltage networks – for example, as I said, for video surveillance at the cottage.

In homes, there are combined systems, where electricity is taken from the grid only if the panels and batteries fail. However, in some European countries – Germany, for example – it is possible to return the surplus electricity produced by the panels to the grid. In essence, citizens sell their electricity to the state.